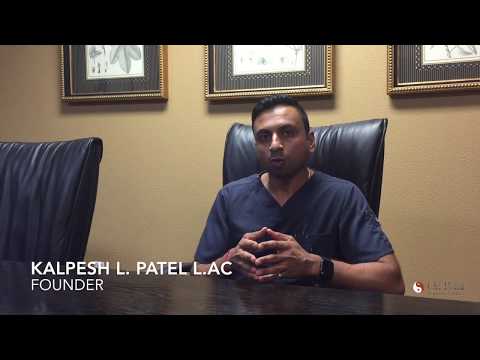 When you think about acupuncture, think about the electrical components in the home. Essentially, the Chinese medical method is like gaining electrical access from the body’s natural currents. The nervous system already operates on electrical impulses, so acupuncture is like stimulating the impulse wherever the needle is placed in the body. There isn’t any kind of chemical that is used, so there isn’t a dependency that develops. The only thing that is used is a small needle that you can hardly feel as it’s gently inserted into the skin, but don’t worry if you are wondering “Does Acupuncture hurt?“, because it doesn’t. Acupuncture is often used to help with pain and other medical issues instead of using pain medications and other treatments that allow for foreign items to enter into the body.

The medicinal method has been used for centuries. It’s commonly used to relieve pain, but some doctors and professionals will use acupuncture for stimulating labor or to soothe anxiety among other benefits for the body. The thinking with acupuncture is that energy flows through the body in pathways. These are called meridians. If there is any kind of illness or abnormality in the body, then these pathways are blocked, preventing the natural energy to flow. Acupuncture is then used to unblock the pathways.

Thin needles are positioned just under the surface of the skin in certain areas of the body. At times, heat or pressure is used along with the needles in order to stimulate the flow of energy. However, there are no chemicals or medications that are used with the procedure.

The session begins with the therapist asking a variety of questions about your health and why you’re seeking the treatment. Sometimes, physicians will recommend this kind of treatment before writing a prescription as it’s often safer for the body. You’ll also be asked about your pain level. The therapist will then look for certain areas of the body where the needles can be inserted to allow for the best flow of energy. This is also done so that the therapist can find the pathways that are blocked. Each point on the body is related to a specific medical condition or health-related issue. The points also relate to specific functions of the body.

The muscles and the bones of the body are used as a blueprint so that the therapist has a better idea of where to position the needles. If the needle isn’t positioned in the correct area, then you won’t feel any kind of benefit from the procedure. Once the therapist locates the points that will be used, the needles are placed in the skin. At times, only one or two needles is enough to unblock the pathways in the body. Most of the time, several needles will be used to stimulate the flow of energy. A few needles might be positioned deeper than others, but there shouldn’t be a significant amount of pain from the acupuncture procedure.

It’s always best to find someone who has at least 3,000 hours of training compared to someone who only has the required 100 hours that is needed to be certified. That is why we are licensed and always recommend working with a licensed acupuncturist. Talk to the acupuncturist before making a decision about who you’re going to visit so that you’re comfortable with the procedures that are used. There is usually a small amount of pressure as the needle is placed. When the needle is in position, you’ll probably feel a tingling sensation, hence the theory that this method taps into the energy flow of the body. The needle might be rolled in a gentle manner in order to stimulate the flow of energy in the body.

The Chinese method of acupuncture has been used for the past 3,000 years as a way to alleviate pain in the body. Before small needles are placed just under the skin, the acupuncturist will examine the body to determine the best areas where energy flow will be at its highest. The method is used to improve functions in the body without the use of medications or other forms of treatment. Other sources can be used with the therapy, such as heat or gentle massage while the needles are in the body. Leave a comment below or send us a message to get more information about the procedure.